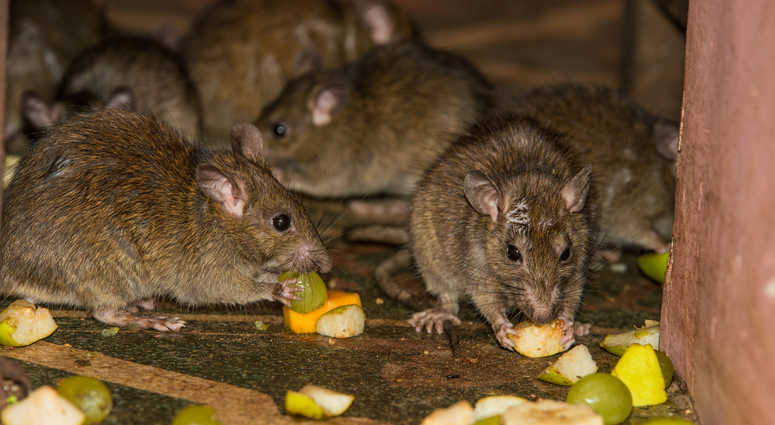 The Difference Between Mice and Rats

Home » Blog » The Difference Between Mice and Rats

Many people assume that the term ‘rat’ and ‘mouse’ are interchangeable and can be used to describe any small gnawing rodent.

This is not so. Most people can, more or less, tell the difference between a rat and a mouse.

If you do have a mouse or rat in your home it is best to call a pest control company.

However, beyond the obvious difference in their sizes, very few people can say anything else relating to the difference between rats and mice.

What follows below is a compilation of the major differences between rats and mice.

Rats are medium sized rodents that have a markedly long furless tail.

An adult rat can reach up to a fifth of the size of the common domestic cat.

The overall weight of full grown rats can sometimes exceed half a kilogram reaching up to 650 grams.

Mice on the other hand are quite small and are usually no large that a typical sparrow.

A mouse has distinct physical features that can also be used to distinguish it from a rat.

The head of a mouse is triangular when viewed from the front.

The pointed snout of a mouse helps to define the triangular shape of the head.

Rats on the other hand have a broad head with the snout being rounded.

In both rodents, the end of the snout where the nose is located has no fur.

Both mice and rats have whiskers just below the nose.

The ears of a mouse are generally large in relation to the size of the head.

The ears are also rounded and stand out almost perpendicular to the body.

The ears of a rat on the other hand are small in relation to the overall size of the head.

Rat ears are pointed and do not stand out as distinctly as those of a mouse.

Rats tend to have darker shades of colors for those common to both rodents.

The more common rats usually can have fur that is dark grey to black in color.

Some rat species have a black overcoat with a white underbelly.

Other rat species do have fur that is dark brown and there are rats that are completely white, these are albino rats.

The fur coat of the typical mouse is usually light brown.

There are species that have a light grey colored fur coat.

White colored mice are quite common and need not be albino.

Furthermore it’s important to note that mice tend to have one shade of color throughout the body and never two or more.

Finally the tail of a rat, though largely hairless, will tend to have a few stray hairs at the beginning and close to the body.

The hair diminishes till the rat tail is completely hairless from its middle onwards.

The tail of a mouse is completely hairless from where it emerges from the body to the tip at the end. The tails of both rats and mice are scaled.

Female rats tend to have 6 pairs of teats with which the feed milk to their young.

Female mice on the other hand have no more that 5 pairs of teats.

Rats being larger tend to have fecal droppings with lengths between 2 to 3 centimeters.

The droppings are usually dark grey to black in color.

The droppings of a mouse are smaller with lengths between 0.5 to 1 centimeter.

These mouse droppings will tend to be dark brown to black depending on the diet.

Rats tend to breed and grow at a far slower rate compared to that of mice.

Rats tend to have litters of up to 5 young while mice can have up to 7 young at a go.

Difference Between an Adult Mouse and a Young Rat

Due to relatively small size difference, it can be difficult to tell the difference between a young rat and an adult mouse.

However, with keen observation, it is possible to tell the two apart.

The most distinguishing factor in this case would be the ears.

The ears of a mouse are distinctively round and large when compared to the overall size of the head.

The ears of a young mouse on the other hand would be pointed at the end furthest from the body.

Another aspect to use would be the shape of the snout.

A young rat would have a round head due to a rounded snout while the triangular shape of an adult mouse would be enhanced by its pointed snout.