Home » Blog » How to control birds

How to control birds on commercial properties

Most bird species are welcome in an urban environment and don’t create a problem. A few species, however, can thrive on food supplies made available by human activities and become a pest when their numbers increase. Attracted by food and safe shelter, they roost and nest on buildings in large numbers, causing damage, fouling the building and surrounding areas.

When it comes to controlling birds, wildlife laws need to be taken into consideration. Some species of birds are protected by wildlife laws in most countries and can only be disturbed or killed in certain circumstances or seasons.

Which bird species are pests?

The main bird species that cause problems on commercial properties are:

Large numbers of pigeons can gather on ledges and roofs on buildings. This is a habit derived from their wild ancestor the rock dove, which inhabits cliffs. Their droppings can build up and corrode building material especially limestone and calciferous sandstone. A fungus that grows in the excrement corrodes the stone and makes the surface porous to water which then cracks the stone when it freezes. In cities such as London many historic buildings are built from susceptible stone.

Starlings roost in large numbers on buildings at night, fouling the buildings and surrounding areas with their droppings. They will nest inside and around buildings in cavity-like spaces such as drain pipes, holes in walls and ceilings. They are generalist feeders, eating grains and waste food as well as insects, seeds and berries.

House sparrows often nest inside large buildings where food is stored or processed, such as factories and warehouses. They build large messy nests of grass and leaves and contaminate surfaces and products with their droppings and nesting material. They can also damage packaged goods by pecking to get at the contents.

A number of gull species are pests around coastal towns worldwide. At some point they discovered that rooftops were safe predator-free nesting sites and that urban areas provided many sources of food.

Herring gulls tend to nest on the roofs of houses where their main nuisance is constant calling. Another type of gull, the lesser black-backed gull, prefers industrial buildings with flat roofs, according to the RSPB. Gulls cause less fouling than pigeons, but their droppings can degrade roofing materials and nesting material can build up on roofs and block drains.

In the UK gulls are a common site at landfill sites and have been spreading further inland in recent years. They may be protected by wildlife law — in the UK all species are protected and a licence is needed to destroy nests or the birds.

This is a major introduced pest in Australia, US, South Africa and other countries. A native of south and Southeast Asia, the house myna is classified as one of the 100 worst global invasive species by the IUCN. It can form large noisy flocks and consumes a wide variety of foods found on farms and in urban areas. The main threat from mynas around buildings is building nests in roof spaces and scavenging food in restaurants and shops.

What are the signs of a bird infestation?

Before investing time and money into the control of birds on a commercial property, it is highly advised that the confirmation of a bird infestation is facilitated. Correctly identifying which pests is infesting a commercial property ensure that the appropriate solutions are applied to effectively control the type of pest which is affecting your business.

The common signs of a bird infestation are:

Wildlife laws protect the birds, their nests and eggs. These laws apply not just to the bird pest you want to control but also other bird species that may be affected indirectly by the control measures. In most countries, you will require a licence and a trained operator to implement controls.

Birds are attracted to sites by the availability of food. In urban areas this is difficult to control because of the many sources of food provided by food businesses, the public discarding food in open spaces and people directly feeding birds. Food build up can be prevented by:

Birds can be prevented from roosting on buildings or entering them by a range of physical measures. These include nets, spines, wires and general building maintenance to seal entry points. In businesses birds typically gain entry through damaged roofing or loading bay areas, which can be protected with plastic strips.

Bird exclusion products that Natural Pest Solutions has found to work include:

Similar to agricultural electric fencing, it delivers a small electrical shock to deter birds from settling and doesn’t harm the birds

A wire attached to small posts by springs so that when a bird lands the wire springs back, preventing the bird from settling; used on ledges, sills and beams

These are strips of spines made of stainless steel placed on ledges, sills, beams and other narrow flat surfaces where birds might settle. The spines gently push them off balance so they cannot settle.

Birds of prey are an effective, environmentally friendly method to frighten away birds

Egg and nest removal prevents adults raising young on the site and keeps the flock size down. This requires multiple visits to the site and initially the use of fake eggs to prevent further laying.
Birds can also be trapped using baited cages or mist netting in certain situations. Cages need to be serviced regularly so the birds are not left in a distressed state without food and water. Then the captured birds must be treated humanely.

Contributed by: Natural Pest Solutions experts in Birds and other types of pests. 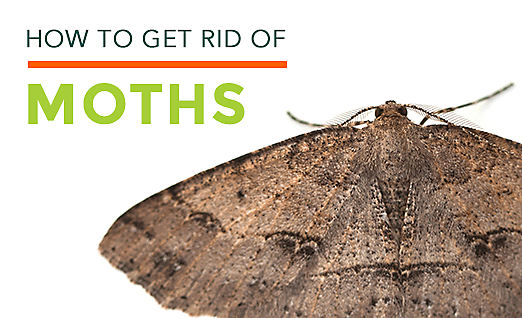 Getting Rid of Moths in Carpets

Getting Rid of Moths in Carpets